When Yves Saint Laurent, Pierre Berge and the Getty’s roamed Marrakech even they had a yen for something other than the tagine and couscous their housekeepers lavished upon them. When they weren’t entertaining on rooftops or fraternising in the shade of some fabulous garden, they were feasting on French bistro classics at what remain some of the city’s most iconic restaurants for design. So just for you, here are 5 of the best restaurants in Marrakech.

The first of the new-wave of French bistro inspired restaurants to open in Marrakech was La Poste in the 1920s. An Art Deco classic and a fixture on the Marrakech circuit ever since, its colonial inspired verandas with frothy palms and swirling ceiling fans, black and white tiled floors and a sweeping staircase, lure locals every night for aperitivos (the buffet is free) or French classics like leeks vinaigrette, garlicky escargot and beef rib with bearnaise sauce. 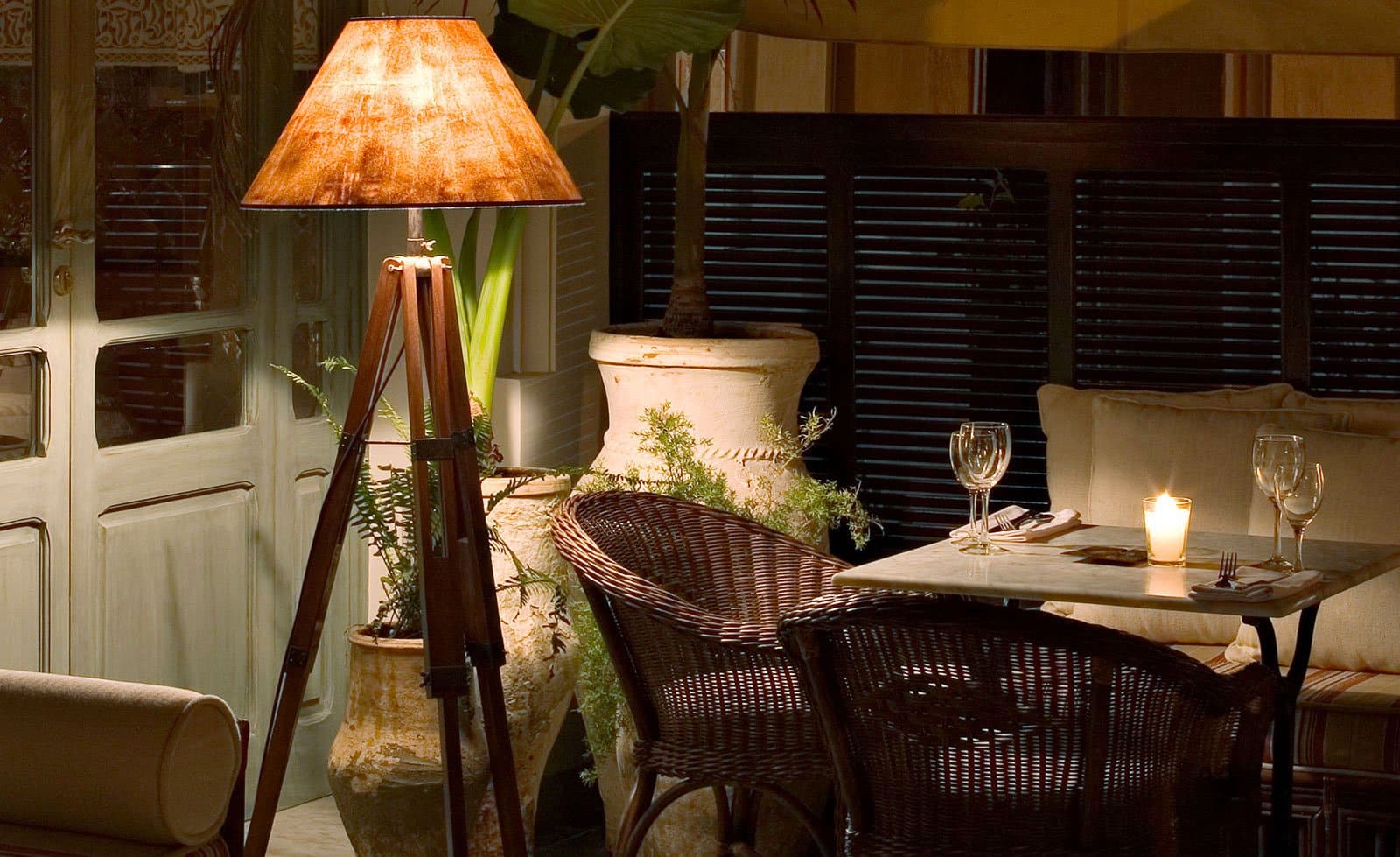 Opened by two French women in the 1940s, this was the first non-Moroccan restaurant in the medina and where Churchill was known to decamp to when he got bored of his digs at La Mamounia. The delightful 1930s inspired piano bar is a mellow place to sip an expertly made pre-dinner Negroni before heading into dinner at Le Trois Saveurs to feast on dishes like pumpkin and mushroom soup with truffle oil, John Dory with cardamom and ginger, and an impeccable rack of lamb.

A well-kept secret among resident expats who come for the great value, daily changing plat du jour – confit duck, tartiflette, rabbit in mustard – and to soak up the atmosphere of bygone years. Opened in 1949, the lavish interiors with their crimson drapes offset by wood panelling, an enormous domed, stained-glass ceiling light and walls plastered with black and white photos of diner’s past, fizzes with atmosphere from noon to night.

Bill Willis’ tadelakt lined interior, was defined by Architectural Digest as New Orientalism with its archways leading to a fireplace inlaid with sun-beam inspired tadelakt and discreetly zellije-fringed bar. To this day it oozes charm and remains one of the Red City’s most romantic spots for a caprese salad, seafood spaghetti or saltimbocca alla romana while seated around a central pool lit by so-many filigree lanterns.

Housed within an immaculately restored Art Deco villa in the Kasbah, this is a new renovation but a boon for lovers of the style. The owner has been collecting art, sculpture and furniture from the era for many years, which are now proudly displayed through the serene restaurant. Foodwise think Moroccan with an exotic twist: beetroot and orange carpaccio with Argan oil, lamb shank confit with mash, and crème brulee with seven spices.